Congratulations to all the girls below who took part in the Debate Mate Cup Final on Wednesday 24 April. The girls were pipped against 3 teams from different schools across London, and won two out of the three debates, which was a fantastic achievement. Each of the girls contributed to the debates, demonstrating how well they have progressed over the year in developing eloquent and pertinent arguments. They represented EGA with confidence and composure, showing how expert they now are at debating! A special commendation to Jannah, who won the best floor speech with a sterling point made in front of 200 other students opposing the government having access to everyone's emails, texts and social media.Well done Rania Hasmasaleh, Nasima Begum, Jasmine Osman, Grace Wenban-Williams, Nafisa Firdaus, and Jannah Muhammed! 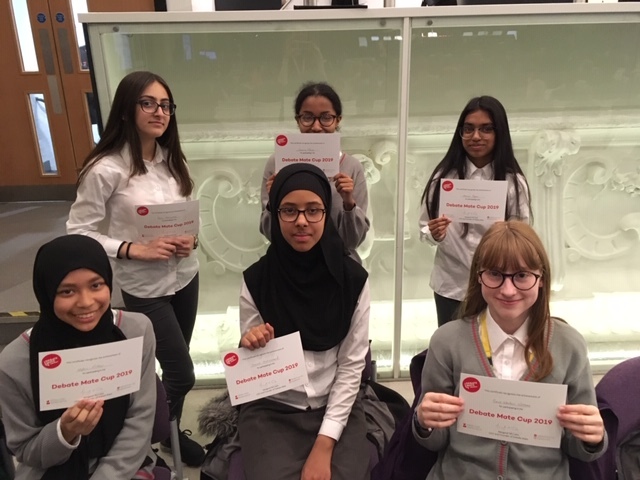