How can schools create a different world in the face of injustice?

EGA  is the first of six schools from around England and Wales to feature in a series of short films created by Quakers in Britain to showcase the power of peace education.

Head of History, Hamidah Siddiqua, leads a discussion, prompted by students, about the situation faced by the Uyghur population in China. Education plays a crucial role in tackling injustice and discrimination.

Headteacher,  Sarah Beagley, believes that peacebuilding workshops are vital in shaping who her pupils become. Ms Beagley doesn’t shy away from the difficult issues students have to deal with “They do live in communities where they deal with violence, they deal with racism”. Sarah is equally clear that whilst she can’t necessarily change what happens outside the school gates.

We very clearly set out to say that in in this school, this this place, in this community, something will be different. Living in London brings huge benefits but also challenges and our young people have to navigate that. Some live in communities where they deal with violence. Now I can’t change what happens once they set foot outside, but I can help to give them the skills so if that happens, they have a language, they have a vocabulary and a confidence to know what’s happening to them is wrong and they know what to do.

Schools shouldn’t be afraid of talking about war and peacebuilding. They can help young people build the combination of knowledge, empathy and critical reflection needed to be ethical, active citizens.

The Quakers, based at Friends House, just one mile from EGA, promote education rooted in peace and justice. They work with educators, young people and partners on creative peace education resources and practice.

When the filmmakers visited in Autumn 2021, the school was examining, among other things,  the persecution of Uighurs in China. The school has a track record of engaging with the global, and relating it to the lives of its students

We were drawn to EGA  because we know that even when subjects are daunting, the teachers at EGA are up for it when students come to them with questions about events in Palestine & Israel, Afghanistan and most recently Ukraine.

The Quaker films will showcase primary and secondary schools that invest in building peace. The other schools featured are in Staffordshire, Leeds, Southwark, Merthyr Tydfil and Birmingham.

The series of six videos from Quakers in Britain is building up to the release of a new report Peace at the Heart, a relational approach to education in British schools in Spring 2022. 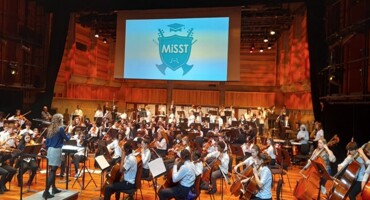 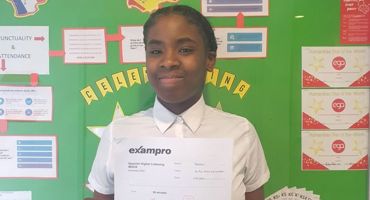 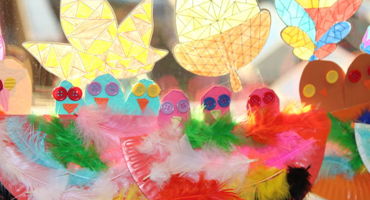